Take control of your life story

Take control of your life story

Learn how to take control

Does it feel like someone else has taken control of your life-story?

Isn't it time you take back control of those pages, that chapter, your novel?

Think of me as your editor, suggesting, guiding, showing you different ways to approach situations and giving you control of your bestseller life-novel.

Welcome to the course
Let's get started!
Next Steps... 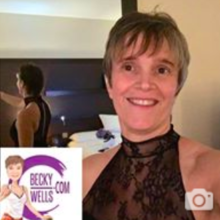 Once upon a time in a small town in Sussex a girl was born. At school she was always the quiet one, she had a close friend or two, but was always more at home in her own company. She found family gatherings quite daunting, surrounded by conversations and noise.

Step forward a few years and this girl showed great promise as a sprinter. Nature gave her the ability to run very fast. But she hated the attention she got from breaking records. What kept her from winning those races? She hated people whispering ‘that’s the one who always wins’. So she went into self-protection mode, ‘if I don’t win, I don’t get the extra attention’.

Even in her later years of school she was always the quiet pupil, struggling to make sense of the words she had written in her schoolbooks. Her school days consisted of keeping her head down and lemon curd sandwiches for lunch. Scraping through her exam by doing just enough.

As she left school and took up her first job, she discovered the world of bullying. The boss that took her into another room and threatened her for speaking out against unfairness. She became convinced to never ever make a fuss again.

After a serious back injury she decided to retrain as a sports massage therapist and personal trainer.

To her horror she discovered she would be interacting with rooms full of people. So rather than running away or going into her default head down mode, she decided to embrace the challenges head on.

Even when she left her last job to set up her own business, her biggest fear was the attention she would get. She spent the first year almost sabotaging herself to keep the attention away.

So to bring you right up to present day this once shy girl (who will always have that shyness about her, which she now embraces), took the world by the horns and said ‘well let’s have a go anyway’, using the skills she had learnt from her training in hypnotherapy and sports therapy.

She would love to, and she will, stand on that world stage one day, helping others. She knows she can make a difference to a person’s life, by giving them confidence, that all that time and effort she put into finding herself was so worth it.

She will not be heading back in the opposite direction. She definitely prefers that good feeling from deep within, 100 times more than that lost, inferior feeling from before.

You never know she might end up on Oprah or Ellen’s show one day. In her eyes now anything is possible.

And most importantly she was me, if you hadn’t already guessed.

Isn’t it about time you faced your fears and climbed up on that confidence ladder? Why not let me help to clear whatever’s holding you back. It’s not magic, it’s just teaching you how to believe in yourself again.

I’m ready to hear from you…